Krombacher and WWF have been working in partnership since 2002. We are now entering a new phase of activity.

In conjunction with the World Wildlife Fund (WWF) Deutschland, the Krombacher Brewery started the Krombacher Climate Protection Project in June 2011. The objective of this project is to re-waterlog the peat swamp in the Indonesian part of Borneo. This will enable carbon and carbon dioxide to be permanently absorbed over a large area, thus impeding the noxious emission of greenhouse gases.

Discussions commenced as early as 2008 when WWF climate experts made the Krombacher Brewery aware of a 'hot spot' harmful to the climate in Borneo. Quick action was required, as a result the partnership commenced. Krombacher donates 2 Million Euro to the WWF.

Christoph Heinrich Director Nature Conservation WWF Germany:
"Re-water logging of the peat swamp in the Sebangau National Park is an extremely important project. Through the support of Krombacher and the formation of the Krombacher Climate Protection Project the 2 Million fund will enable us to achieve this within the next two years. The task is huge; a total of 176,000 hectares needs attention and with 82% of the budget going directly into the Climate Protection Project this will make a significant difference."

Guénola Kahlert WWF Germany:
"With the Re-Water logging Project, we will save an enormous area of badly damaged peat forest and protect the environment in which families of orang-utans live. This work will also enable the indigenous people of the area to continue to exist in the area, living in harmony with the land."

The WWF has appointed a third, independent authority, to examine and validate the potential climatic repercussions. This authority is TÜV Süd (Technical Control Board Southern Germany). TÜV will carry out research and enquiries on several levels. The results of this validation will be announced in 2012. In addition to supervision of the climatic repercussions, the project will also be certified in accordance with Climate, Communities and Biodiversity Standards (CCBS). During the course of the project, the repercussions on the climate and biodiversity ongoing evaluation will be carried out by an external institution every five years.

To further support the project donations can be made directly through the following bank account:

In it for the long-term

The Climate Protection Project is a long term project. It will take at least two-to- three years until all project measures for re-water logging have been achieved. The first stage is to re-waterlog an area of 26,000 hectares in the Sebangau National Park. The second phase will see a further 150,000 hectares treated making a total of 176,000 hectares treated.

Over and above this, Krombacher, together with the WWF, will set up a fund for repairing and maintaining the dams, so that re-water logging of the region is ensured for at least the next 30 years. An endowment fund of Euro 300,000 is specifically listed for these purposes in the overall budget of 2 Million Euros.

About the Sebangau National Park , Borneo

The Sebangau National Park was established in 2004 and is located close to the coast in the southern part of Borneo. It is bounded by the two rivers Katigan (in the west) and the Sebangau (in the east). The National Park is 568,700 hectares in size. Originally Borneo was covered with rain forest. Today, according to WWF data, forest coverage has reduced to 50 %. The tropical peat swamp forests within the region of the present-day National Park have been systematically decimated by companies as well as by illegal logging over the decades. In addition, over 4,000 canals have been excavated to remove the timber from this area.

Today, the peat swamps of the Sebangau National Park are around 70 kilometres wide, sitting on a layer of peat up to 12 metres deep. The canal building and logging operations make a serious impact on the water table, lowering the level which leads to a dramatic increase in the levels of CO2 greenhouse gas being released. In the dry season, gigantic fires on the dry peat bog areas represent an additional threat. The establishment of the National Park being by the Indonesian government aims to stop the destruction and halt the decline of the peat swamps in the area. The WWF has also been active in assisting with developments in the region of Kalimantan since. 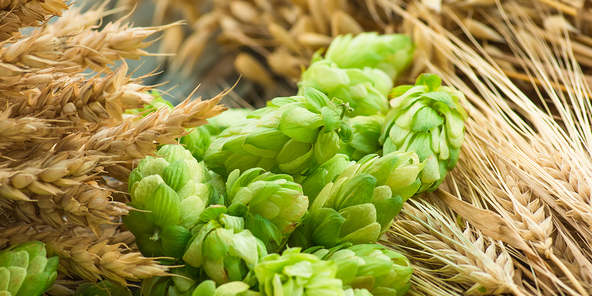